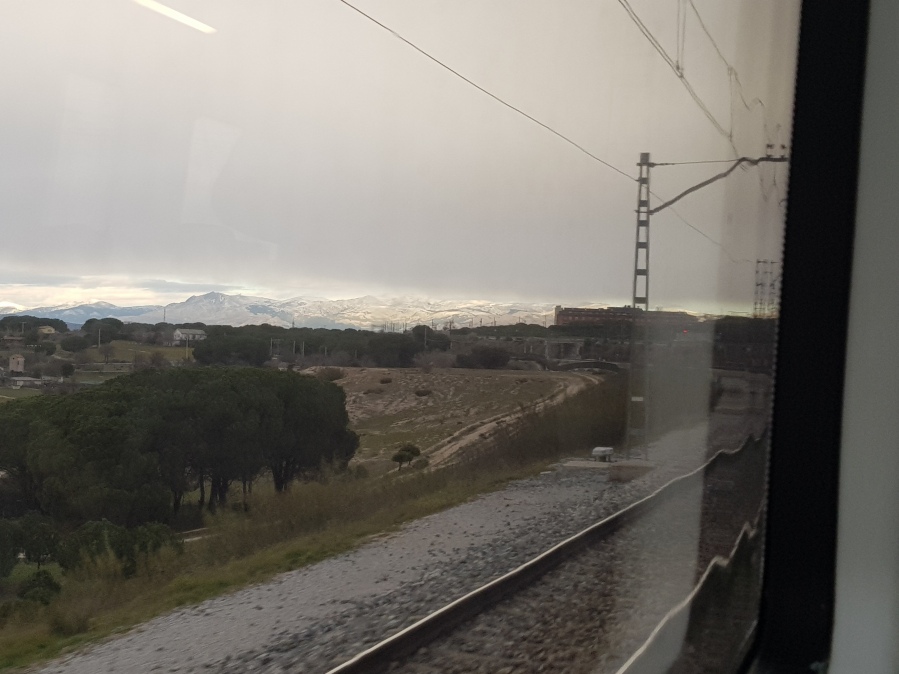 As of tomorrow, I’ll have been in Madrid for two weeks! Time really does fly. The weather is still freezing and there’s fresh snow on the hills behind campus (as you can hopefully see in the header image, which I took on my commute this morning).

This week I made a proper start on the project I’ll be spending most of my time on while I’m here. In general, I’m interested in constraining beyond-LCDM models of dark energy using current data, but an interesting question to ask is how much better will constraints on these models be with the next generation of experiments, surveys and telescopes? We can even flip this around and say that, for example, if we want 1% precision on measurements of the parameters in our new model, how good do our future experiments need to be? These questions and their answers are referred to as forecasting. So what exactly am I going to be forecasting for?

However, our current detectors have only observed eleven confirmed gravitational wave events and only one with an optical counterpart — not enough to place any meaningful constraints on cosmological parameters. So I’m interesting in forecasting the constraints that will come from the Einstein Telescope (ET), a future ground-based gravitational wave observatory that will be set up in a triangular configuration, similar to LISA, with two different interferometers inside each of the three detectors, allowing it to probe a much larger range of frequencies (and therefore mass ranges of merging compact objects).

So, how do we model the Einstein Telescope’s predicted capabilities? We need to know various things, such as the absolute merger rate, the redshift distribution of the mergers, the number of these mergers that the ET will actually observe, the number that will have an optical counterpart (or what error there would be on the redshift if the source did not have a counterpart) and other small errors related to lensing of the gravitational waves. We can then create a mock dataset comprising the redshifts, luminosity distances and errors on the luminosity distances of these fictitious mergers that the ET should observe, create a likelihood from this mock dataset and finally add the likelihood to our favourite MCMC package to constrain a dark energy model.

This is obviously a long to-do list, so I started off last week by writing a Python script that creates some mock luminosity distance measurements and from them creates a likelihood to use with our chosen MCMC package, Cobaya. Today I’m refining and testing the script and once I’m sure it’s working, I can start to build in the other errors and contributing factors that I described above. Fortunately, we already have a couple of dark energy models ready to go in a modified version of CAMB, so once the mock Einstein Telescope data and likelihood are ready, we can simply plug it straight into CAMB and Cobaya and get some forecast constraints in a matter of days.

Apart from my scientific activities, I’ve been keeping up with my musical life here in Madrid. I successfully auditioned for the orchestra of the Universidad Autonoma de Madrid (the university I’m based at), and attended my first rehearsal on Sunday evening. The repertoire this term is two of Beethoven’s most impressive works, his 5th and 9th Symphonies (the latter of Ode To Joy fame), in honour of his 250th anniversary this year. Last night’s rehearsal was spent playing through as much of the 9th as we could. It’s a fun work, with lots to get our teeth into. Overall, I felt very welcomed by the orchestra and am looking forward to future rehearsals and concerts.

That’s all for this week — tune in again next week to hear about the various seminars and talks I’ve attended so far here at the IFT, as well as some of the more touristy things I’ve been up to.