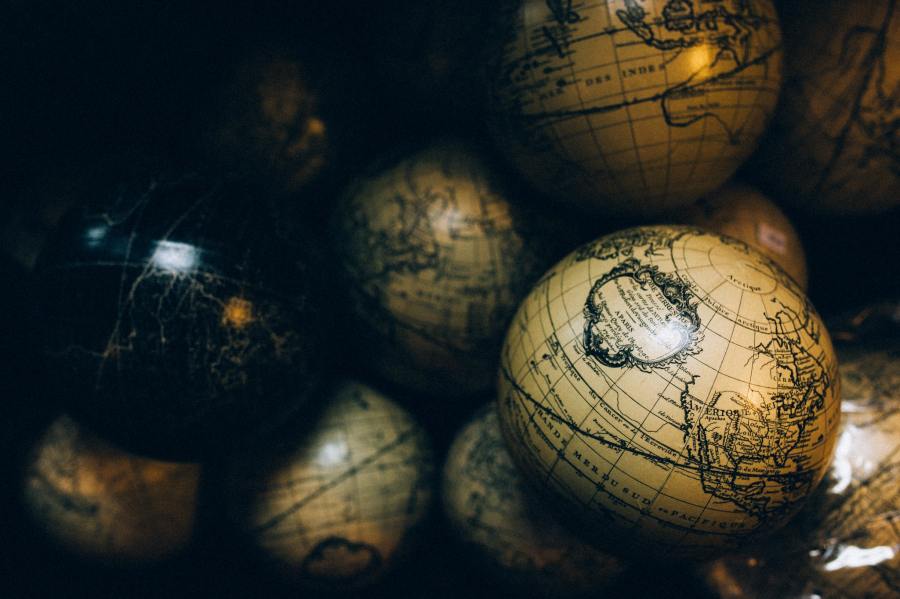 Thanks to many hundreds of people making dedicated observations of the sky over many decades, we know that the majority of our Universe is comprised of two substances: dark matter and dark energy.

Dark matter is an unknown type of matter, referred to as “dark” because it does not interact electromagnetically, meaning that it doesn’t emit or reflect light, so we can’t see it. We know it exists in the outer edges of galaxies due to its gravitational effects on their rotation, and due to the growth of larger structures in the Universe such as galaxy clusters. We think around a quarter of the energy budget of the Universe exists in dark matter.

Dark energy is possibly even more mysterious than dark matter. The Universe has been expanding since it began in the Big Bang, but lately its expansion has begun to accelerate. We attribute this acceleration to some dark energy, which accounts for nearly all of the remaining three quarters of the Universe’s energy budget. The rest of that budget is taken up by all the visible, “normal” matter, that human beings, the Earth and the Sun are made of.

While we don’t know for sure what dark matter and dark energy are, we do have some good theories. In particular, in the standard model of cosmology, the accelerating expansion is caused by something called the cosmological constant, which is essentially the energy of empty space. Quantum theory tells us that the vacuum is not really empty, but has some small energy associated with it, and this energy could be enough to drive the accelerated expansion of the Universe.

Whenever we find coincidences in a physical theory, we should be highly suspicious about the theory.

This is a huge coincidence, and the coincidence problem, as this issue is known, has been a puzzler for as long as the dark energy density has been known. Why should we be here at exactly the right time to observe this transition from matter domination to dark energy domination?

The place of humanity in the cosmos has been pondered for far longer than we have had the ability to write. It’s theorised that some Palaeolithic cave paintings like those in Lascaux in France depict constellations such as the Pleiades. Considering how spectacular the night sky would have appeared in the epoch before light pollution, it’s hardly surprising our ancestors recorded their observations.

Astronomy in Western Europe began to resemble what we would recognise as the modern-day science when Copernicus published his theory of heliocentrism in 1543, putting the Sun at the centre of the Solar System rather than the Earth and challenging more than a thousand years of Christian doctrine in the process. Indeed, cosmology still operates with the Copernican principle as a lode star: we are not privileged observers of the Universe. In other words, we’re not in a special place or at a special time.

It’s now apparent why the coincidence problem is referred to as such. If we’re not privileged observers, why do we happen to be observing the Universe at such a uniquely special moment?

One possible answer is — as is so often the case in cosmology– that we haven’t got the model right. There could be something wrong with our idea of dark energy, or specifically the idea that its energy density has been, and will always be constant. If the dark energy density evolved over time just like the matter density, then it wouldn’t be such a coincidence that they are very similar at this exact moment.

The counter-argument to this is that none of the alternative models we can construct are quite as convincing as the cosmological constant when it comes to explaining all our other observational data. We’re guided by the principle of Ockham’s razor (that simpler explanations should be preferred) when it comes to comparing models , so alternatives that need lots of additional parameters to work tend to be disfavoured, unless they can fit the data extremely well. No alternative to the cosmological constant that I know of is able to do that.

So what are we left with? The idea that maybe we really are special, that we are in fact privileged observers, which is encapsulated in something called the anthropic principle.

The anthropic principle has undergone many revisions and rephrasings over the years. I like Brandon Carter’s version the best, which is split into the weak and strong principles:

Carter was inspired by Descartes’ most famous declaration to summarise the strong anthropic principle as cogito ergo mundus talis est: I think, therefore the world is such as it is.

Is this concept antithetical to science? It’s a bit of a get-out-of-jail-free card: we are pretty certain we exist, so the Universe must necessarily be set up in such a way as to allow us to be present to observe it at exactly this moment, with no need to worry about the whys and wherefores.

The coincidence problem therefore remains an open question in cosmology, and one which is used to motivate the study of alternative models of dark energy to the cosmological constant. I tend to err on the side of “it’s just a coincidence”, as I don’t find anthropic arguments as distasteful as some.

However, you can take this line of thought about being a privileged observer to the extreme. Does the anthropic principle necessarily imply that everything in the Universe is deterministic? Was our existence predictable from the very beginning due to the values the matter and dark energy densities, and other fundamental constants, happened to take? Which begs the question of why those constants have the values they do, so perfect for the evolution of human life?

Perhaps these are questions physics can’t answer. Certainly billions of people do follow this line of questioning to the end, believing that the Universe, in one way or another, was set up, or created, for human life.

That sounds a bit lonely to me — I’d much rather it be down to random chance. That we made it against the odds, and perhaps somewhere out there, there’s another small, cool-ish orange star with another warm, green rocky planet in a stable orbit around it, where scientists have drawn pictures of their own little part of the cosmos, their own star also labelled with a humble, anonymous “M”.

How special is our place in the Universe? 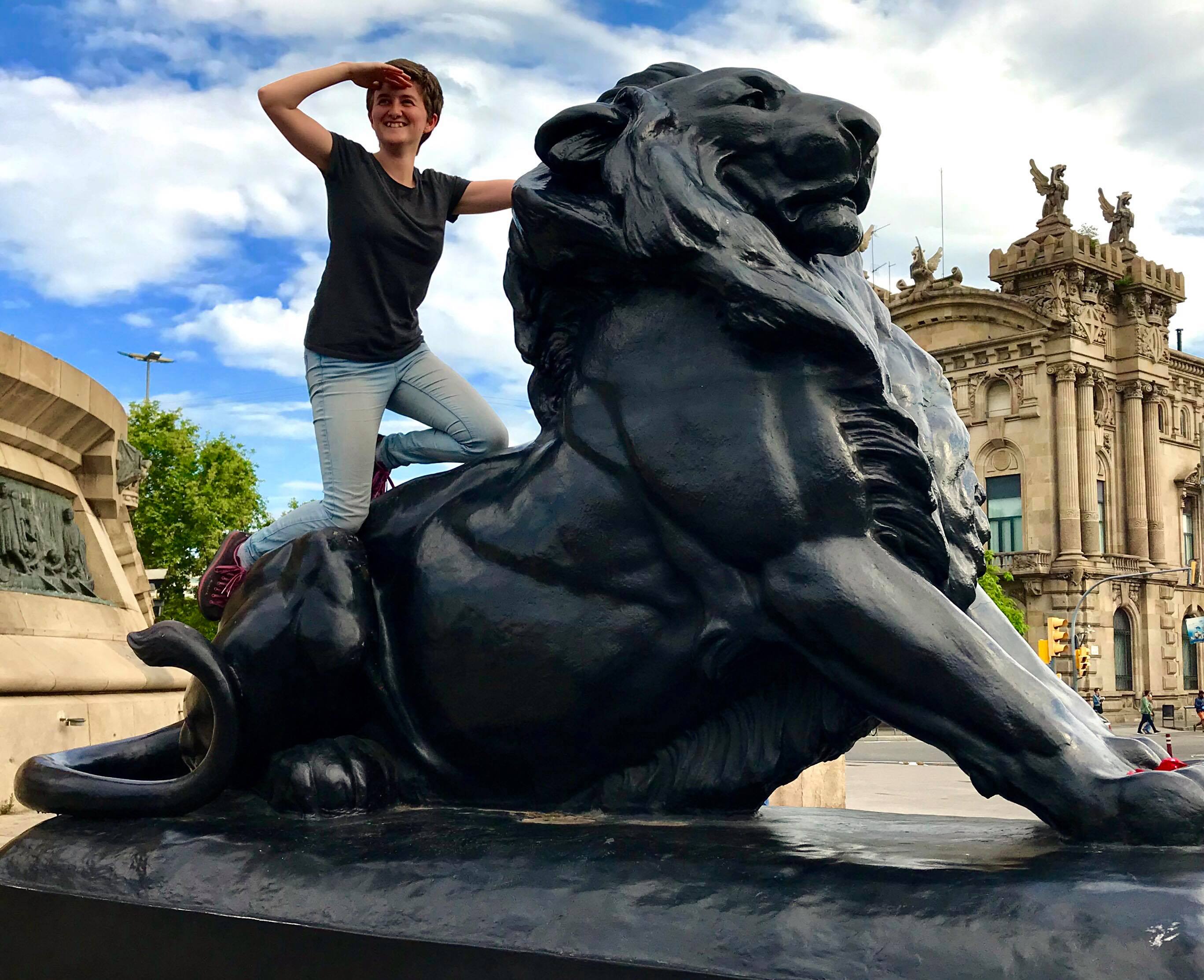 Instructions for doing science: pay attention. Be astonished. Tell about it.